Find hotels near Mall of Indonesia in Jakarta, Indonesia

10 best hotels near Mall of Indonesia 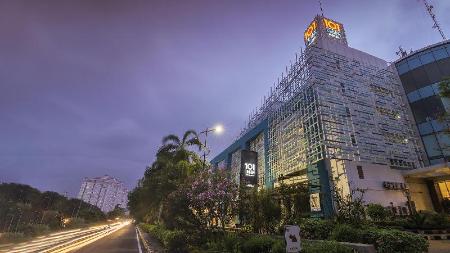 See all
1O1 URBAN Jakarta Kelapa Gading
Kelapa Gading,Mall of Indonesia - View on map
"+: Nice hotel, clean, and the beds are quote comfortable. Aircon, TV, water heater all work well. Bathroom and toilet are clean but the shower area has no door so the water sometimes spills to toilet area. Near to Mall of Indonesia (only 5 mins by car). You can find anything in Kelapa Gading area, from restaurants to cinemas. Compliments in the room: 2 bottles of mineral water, 1 pair of slipper. No electric kettle but water dispenser is available in the hall (free). Safe deposit box is available. -:The hotel location is next to a church, on Sunday morning till noon you will hear church bells (not a big problem for me). I also can hear the voices from next room clearly, guests voices, toilet flush, etc. . Need soundproof for the room. Overall: Good value for money for a budget hotel. Will stay again when I need a budget hotel in Kelapa Gading area."
Show more
7.5 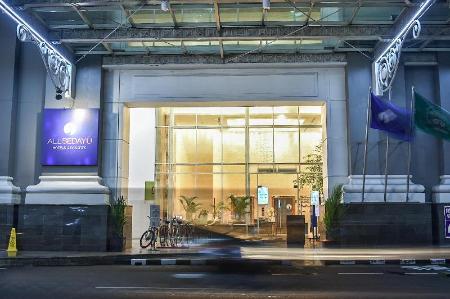 See all
All Sedayu Hotel Kelapa Gading
Kelapa Gading,Mall of Indonesia - View on map
"We spent six nights at the All Sedayu Hotel. As other reviews have mentioned, it's location within the Mall of Indonesia is a plus, as the mall has plenty of eating options and decent shopping. The hotel itself was solid. The staff were friendly and courteous, always greeting guests with a smile when arriving and wishing them a good day on the way out. The lobby was inviting, although the hallways on the 2nd and 3rd floors could use new carpet. The room was fine, although it was quite dark. More natural light would have been appreciated (we were on the 2nd floor). The bed and pillows were comfortable, and the water pressure was excellent. The daily breakfast buffet had a lot of options with the Asian items being better prepared than the Western selection (more below). There were four things that lowered the rating, including: - WiFi was inconsistent, as it often dropped or was slow to load even simple websites. Consistently having to sign in was also a minor nuisance. - The housekeeping was inconsistent. One day, the cleaning staff didn't empty one of the trash cans and the other day they didn't leave any extra toilet paper. I'm nitpicking here. - The gym isn't well equipped, and it is very hot. There is only a single treadmill (there are no other cardio machines) in the small exercise room while there the free weight set consisted of just one dumbell per weight class (e.g., one 5 KG dumbell). - The baked Western items in the breakfast buffet were often done poorly. The muffins and pastries were often dry, the omelets needed more seasoning (although they were well made), and some of the pasta creations were interesting. The bread pudding, though, was surprisingly good. Overall, the hotel is a solid four-star establishment that could achieve a higher rating with some adjustments. It is very good value for the money, though. "
Show more
8.2 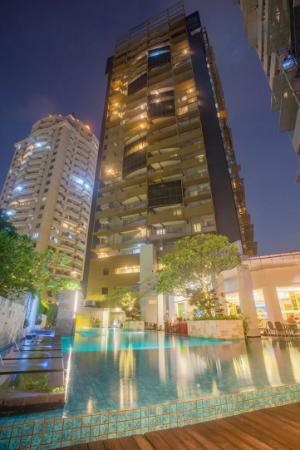 See all
eL Hotel Royale Jakarta
Kelapa Gading,Mall of Indonesia - View on map
"The hotel is very spacious, it has 2 rooms and a living room. In the living room, there is also a sofa bed so that more people can stay there and the kids loved to play there. There is microwave and refrigerator, but the lack of utensils and plate make us hard to reheat the food. The food is also good, stayed there for 3 nights and the breakfast buffet always had different dishes so you will not get bored. There is also small children playground. Location is the best, located just beside lotte mart and very near to Mall of Indonesia. "
Show more
7.6 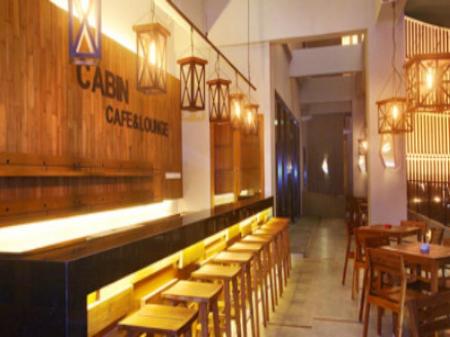 See all
Cabin Hotel
Sunter,Mall of Indonesia - View on map
7.7 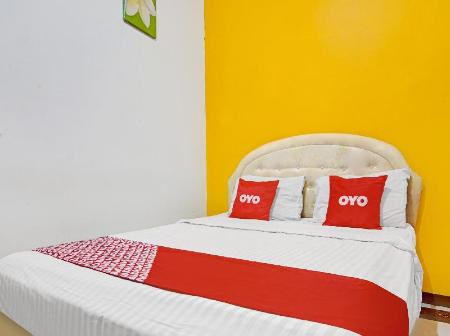 See all
OYO 90422 Mall Of Indonesia
Kelapa Gading,Mall of Indonesia - View on map
5.1 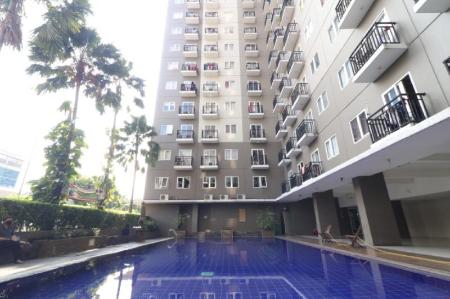 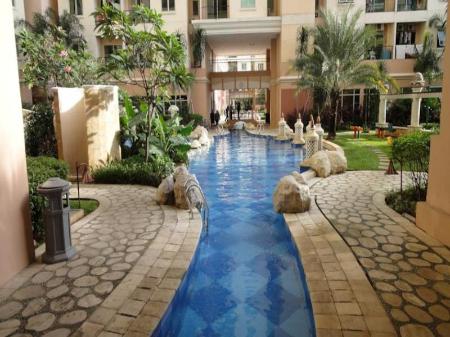 See all
Adaru Apartment at MOI Kelapa Gading
Kelapa Gading,Mall of Indonesia - View on map
"This is not a hotel and you will need to try to locate the "check-in" counter. It is an Apartment with 2 rooms, with Aircon, beds, fridge. No WIFI or room service. However, as the Mall of Indonesia is just a street across, you can easily settle your meals there. You can buy the necessary grocery from Carefour in the basement of the Mall. if you are travelling alone, the price might get you some other full service hotel across the road."
Show more
6.4 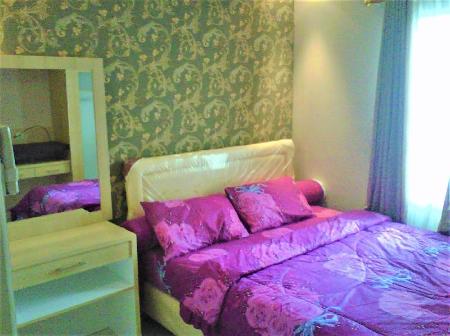 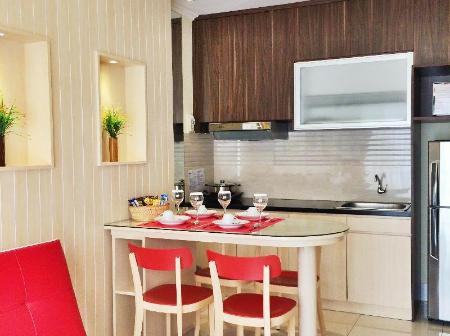 See all
Ravarine Suite Apartment
Kelapa Gading,Mall of Indonesia - View on map
"Lovely apartment! We were there on a family trip of 7 persons including a small baby. The owner gave us 3 extra towels, 2 extra blankets, extra bed and a sofa which can be converted into a bed without any charges! That was a surprise to us and we appreciate it very much! The apartment was so close to Mall of Indonesia ("MOI") and you can expect many good restaurants and other outlets in the mall i.e Carrefour, clothes, batik, themepark and etc. we tried the chinese restaurant called "Tian Xi Express" it was the best food we had in days during our trip to Jakarta and Bandung!"
Show more
8.2

this is the 2nd or 3rd time i've stayed here; thus i can say it is consistently clean and efficient in service and quality. it is also conveniently attached to a large shopping mall, and also very close to the even larger mall of indonesia. room service is quick and the food is good (though my soto ayam was way too salty this last time. perhaps that was just a one ...

We booked 2 twin rooms and we asked for rooms next to each other which was provided by the hotel. All rooms are located at the 2nd and 3rd floor. Breakfast variety was good for a 3 plus hotel. Rooms and toilets were clean. Staff were friendly. This hotel is located next to Mall of Indonesia and we really loved its location. I would diffinetly stay in the hotel in my ...

The hotel is very spacious, it has 2 rooms and a living room. In the living room, there is also a sofa bed so that more people can stay there and the kids loved to play there. There is microwave and refrigerator, but the lack of utensils and plate make us hard to reheat the food. The food is also good, stayed there for 3 nights and the breakfast buffet always had diff...

I can't believe there are some ppl who complain about their facility and service. I wonder if they know how much they paid for this hotel. This is not 5 or 4 star hotel. I stayed at this hotel for business purpose. The room is not big but enough for me in minimalism way. I can't complain about its Wifi speed for focusing on business thingy. Most importantly, this h...

we stayed at the hotels for 5days for an event and i must say the housekeeping and the staffs are so friendly and helpful. they changed the towels and kept the room neat everyday! The breakfast are also great. And there is supermarket and few restaurants nearby since the hotel is connected with mahaka square (britama arena). there are also few malls nearby, and i wou...

+: Nice hotel, clean, and the beds are quote comfortable. Aircon, TV, water heater all work well. Bathroom and toilet are clean but the shower area has no door so the water sometimes spills to toilet area. Near to Mall of Indonesia (only 5 mins by car). You can find anything in Kelapa Gading area, from restaurants to cinemas. Compliments in the room: 2 bottles of miner...

Strategic location (near to mall, only 6 mins to Mall of Kelapa Gading), nice breakfast, the staff is nice and fast respond due the problem and there is ATM machine (ATM Link) inside the hotel.

I need to attend an exam near this hotel, which was located in a kind of middle-upper class area in Jakarta. My budget was limited, and almost all the hotel I found costs more than IDR 300k. My budget was limited and I really wanted a place to stay near the exam place, the nearer, the better. Even in Vrateloka, the price for this hotel is above IDR 300k. Luckily though...

Just viewed by other Agoda travelers

In and around Mall of Indonesia

More about Mall of Indonesia

Mall of Indonesia is just one of the fantastic sites in Jakarta. Find super low rates only on Agoda.com when booking hotels near Shopping Centers and Areas. Find the perfect accommodation near Mall of Indonesia, with choices like the THE BnB Jakarta Kelapa Gading and the Dylant's Apartment at Kelapa Gading Square.

Using Agoda.com's secure on-line booking form to reserve hotels close to landmarks like Mall of Indonesia is quick and easy. The convenient search tools and the extensive hotel information on the Jakarta city page make it easy to find available hotels. With more than 150,000 hotels worldwide, it's easy to find hotels on Agoda.com near points of interests like Mall of Indonesia.